"The Bechdel Test - It's a Damn Low Bar" Residency

Kendra Augustin is a playwright, sketch comedian, and performer. She has written several short plays including DYING IS AN ART (InspiraTO Festival, 365 Women A Year) , BLACK STAR (LIC One Act Act Festival), SISTERHOOD IN THE TIME OF THE APOCALYPSE (The Fire This Time Festival), LIVING CREATURES ( The Midsummer All-Nighter, Valencia College’s BIPOC Playwright Festival), and STRANGER which won best play, best lead actress (Ilana Walker) and best director (Daphnie Sicre) at the Stage Black Festival in 2014.

In 2015, she and Patricia Cardona launched The Leela NYC Theatre Festival: a two day short play festival they produced that featured seven 10 minute plays, including one by Mario Fratti, at Centro Español de Queens.

Her first full length (anthology) play, Death in the Family, premiered at Dixon Place for a four show run. Kendraaugustin.com
The Bechdel Group is proud to support Kendra's work on Sisterhood in the Time of the Apocalypse, a play about a broke circus sideshow family dealing with dissatisfaction, family conflict, hot air balloons, and the end of the world.

You will be invited to hear and discuss selections from Sisterhood in the Time of the Apocalypse in May of 2022, and to attend a full staged reading in August 2022. 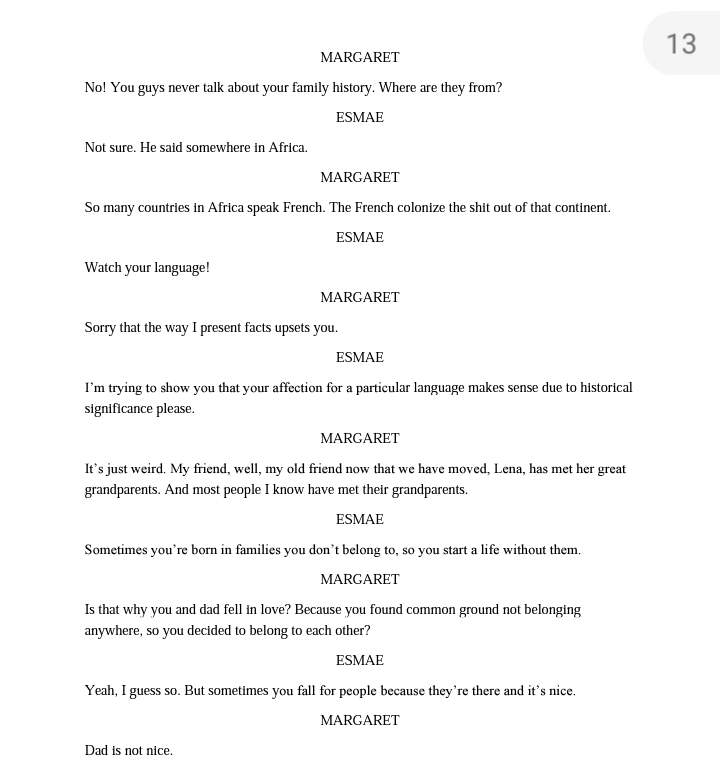 ​The Bechdel Residency comes from our desire to more deeply support playwrights, specifically those whose work supports our overall mission and efforts to impact the American theatre landscape. We want to contribute to the uplifting and amplification of the playwrights and the stories that have been historically overlooked or relegated to the margins. We are looking for stories we should be seeing but are not seeing or not seeing enough. The Residency is designed to support a specific project by providing ongoing in-house and community support over the course of a year.
Bechdel Residents receive a series of table and workshop reads and dramaturgical feedback over the course of 12 months. The residency culminates with a full staged reading in New York City.
Residency applications will re-open in June 2022.